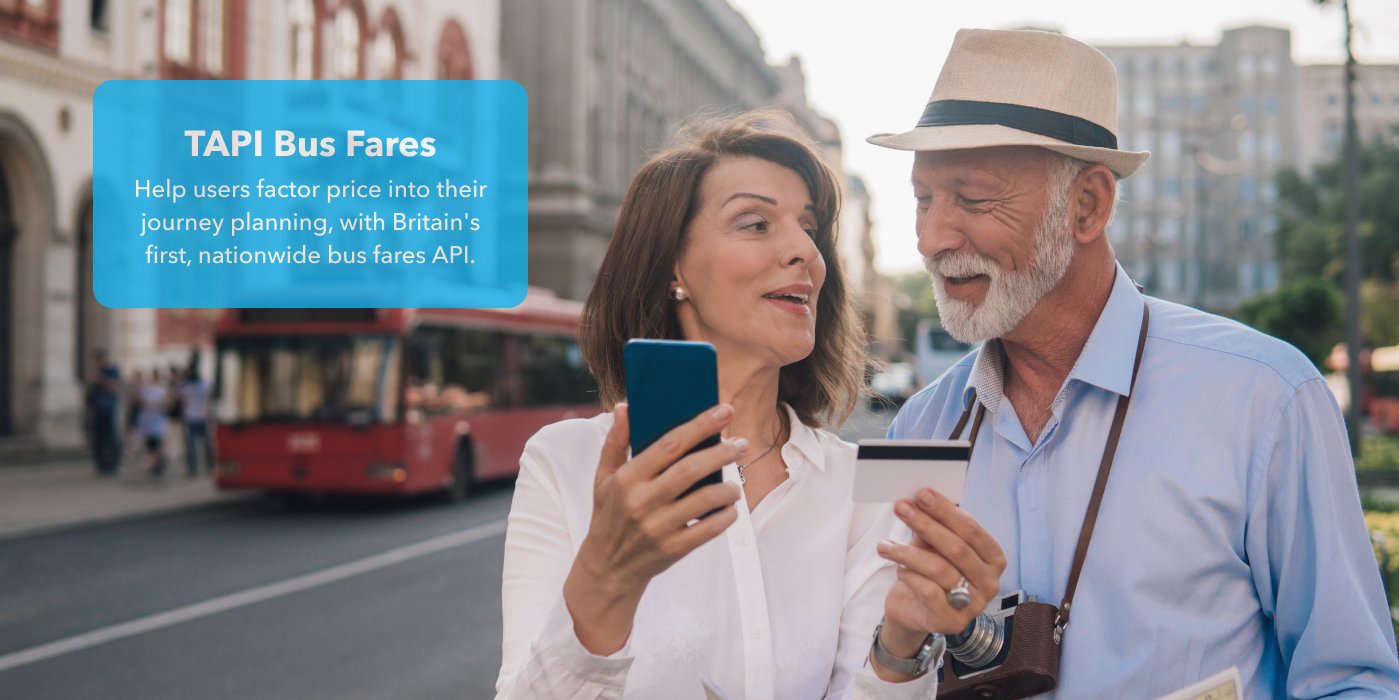 We are proud to launch TAPI Bus Fares: a managed service which delivers fresh bus fares data to you, via Britain’s first Bus Fares API.

The 2017 Bus Services Act requires Bus Operators to publish timetables, locations and fares for all the services that they run. From January 2021, data has been released on the Bus Open Data Service (BODS) portal. Timetable and location data are well established within the industry, hence the first milestone releases focussed on these datasets. Attention is now shifting to the requirement to publish bus fares as open data using the relatively new and little known NeTEx (Network Timetable Exchange) standard. Until September 2021, submissions of fares data have only been received from some of the smaller bus operators. However that is about to change, as the big 5 operators race to make their fares available to the travelling public via apps and web services.

TransportAPI have worked closely with BODS throughout this time, providing steers on the data coverage, content, and structure of the NeTEx data, and developing an API that can – in the first instance – return point-to-point bus fares. Extending TAPI Bus Fares to cover all fare types (such as zone-based, multi-trip, and group fares) is on the product roadmap.

Check out the TAPI Bus Fares product page for more information, or read more about our managed services.